Brown’s attorney, Mark Geragos, has filed a countersuit against Deanna Gines, the woman who sued Chris alleging Brown pushed her to the ground last June outside Heat Ultra Lounge in the O.C.  She claims a ligament in her right knee was injured. In Brown’s defamation countersuit, obtained by TMZ, he notes Gines appeared on TMZ Live 2 […]

Mike Tyson was recently asked about Chris Brown’s legal troubles following the singer’s alleged fight and reported rehab entry this week. “I really like and admire that little guy, but what he really needs to understand is that eventually, if you keep doing that stuff, people will turn on you. I’m just worried about him because he’s really […] 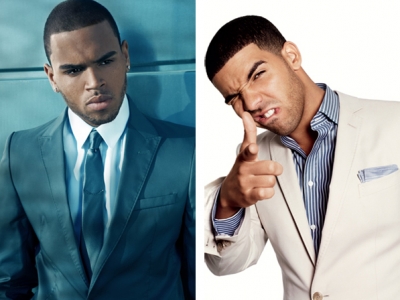 In what could be considered the best news of 2013, it’s being reported that Chris Brown and Drake have ended their long-standing feud. Yes, you’re reading correctly. According to the New York Post, Breezy and Drizzy reportedly hugged it out at the iHeartRadio Music Festival in Las Vegas this past weekend where both artists were performing. “Drake came on Friday […]