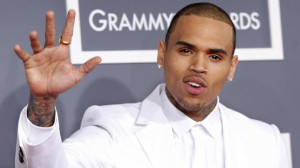 Brown’s attorney, Mark Geragos, has filed a countersuit against Deanna Gines, the woman who sued Chris alleging Brown pushed her to the ground last June outside Heat Ultra Lounge in the O.C.  She claims a ligament in her right knee was injured.

In Brown’s defamation countersuit, obtained by TMZ, he notes Gines appeared on TMZ Live 2 days after the alleged incident, describing what she claims was an assault.

Brown’s lawsuit claims Gines was a lying liar on TMZ Live.  He says the true facts are that Brown never had ANY contact with Gines.  He was surrounded by security the entire night.

Brown alleges Gines was “heavily intoxicated and falling over herself in a drunken stupor throughout the night.”  He also says she was observed by witnesses screaming “F**K Y’ALL’ to club employees in a haphazard manner, while throwing her clothing at security.

And, to add non-injury to insult, Brown says she was walking fine the entire night and got “confused” over which leg was supposedly injured.