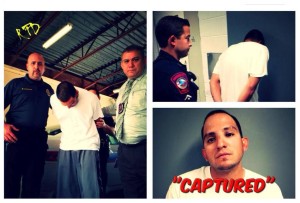 A burglary suspect in Texas was arrested not 15 minutes after posting a taunt to a police department Facebook page.

Officers apprehended Damian Lozano, but Rolando remained at large, so they posted his picture to their Facebook page in an appeal for public help.

As one might have guessed from other cases of suspects that have taken to Facebook to comment on their own wanted photos, Lozano was promptly caught.

How promptly? According to comments left by department, the response may have been as quick as 5 minutes.