A burglary suspect in Texas was arrested not 15 minutes after posting a taunt to a police department Facebook page. Rosenburg, Texas police say Damian and Rolando Lozano allegedly burglarized 17 cars in one community on Sunday. Officers apprehended Damian Lozano, but Rolando remained at large, so they posted his picture to their Facebook page in an appeal for […] 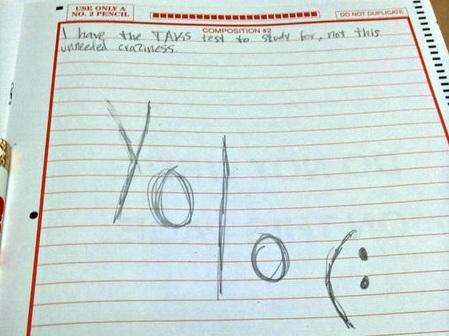 Social media has taken over our children’s lives. Kids tweet, upload instagram pics and update Facebook statuses DURING CLASS. A high school student learned a lesson he won’t soon forget. Kyron Birdine saw it necessary to express his annoyance with taking what he felt was an unnecessary test. Birdine, a junior at Arlington High School, […]