A burglary suspect in Texas was arrested not 15 minutes after posting a taunt to a police department Facebook page. Rosenburg, Texas police say Damian and Rolando Lozano allegedly burglarized 17 cars in one community on Sunday. Officers apprehended Damian Lozano, but Rolando remained at large, so they posted his picture to their Facebook page in an appeal for […]

A northwest Indiana teacher who allegedly took some students to a strip club and gave them alcoholic beverages at his home was terminated Tuesday night, district officials said. “We take this seriously,” Supt. Tom Taylor said of the investigation surrounding Travis Lechien. Lechien, of Crown Point, faces up to one year in prison on three Class […] 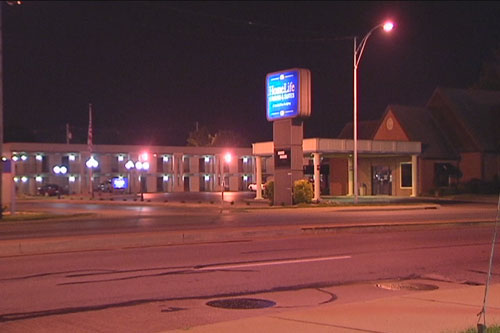 No charges were filed after a man told authorities he overpaid an escort and that escort refused to give him the change.  A 911 call explained what happened at an Evansville hotel between two young men and the escort they found online. The call made from a hotel parking lot late Monday night isn’t what […]