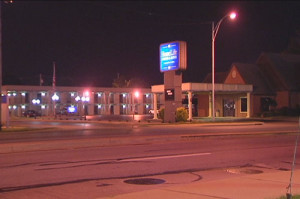 No charges were filed after a man told authorities he overpaid an escort and that escort refused to give him the change.

A 911 call explained what happened at an Evansville hotel between two young men and the escort they found online.

The call made from a hotel parking lot late Monday night isn’t what many would consider an emergency. But for one man and his buddy after their evening didn’t go as planned, they called the police for help.

“There’s this page on the internet called “Backpage” and what it is escorts and sh**, you know,” the caller said.

The man admits to dispatch that he and his friend used the page to arrange a meeting between them and an escort at a hotel on South Green River Road near the Lloyd Expressway.

“I don’t know if it’s illegal or not cause it was my first time and whatever sh** like that.  It was on the internet, so I didn’t know if it was legal or not,” the caller said.

There’s no word on if they got that money back.