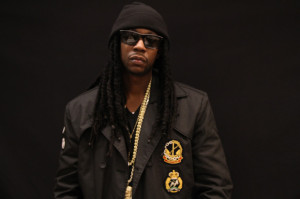 2 Chainz says when law enforcement goes after him it’s merely a waste of taxpayers’ money.

In an interview with MTV News, 2 Chainz brushes off his recent tour bus stand-off with police in Oklahoma City, after which he and ten others were arrested.

A search of his tour bus turned up a number of guns and ammunition, as well as prescription drugs and marijuana residue.

2 Chainz explains that the guns were on board because he travels with armed security, adding that police would never find an unregistered weapon on his bus.

While he had committed crimes in his younger days, now 2 Chainz claims he doesn’t “do anything illegal.”  He says that police should start “aiming at some criminals,” and that attempts to arrest him are a waste of time and taxpayers’ money.