VIDEO: DRAKE “5 AM IN TORONTO” 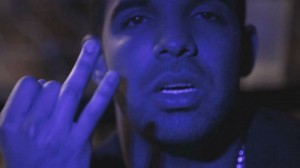 Toronto rap superstar Drake drops the music video of his latest single “5AM in Toronto”, his second single following his hit “Started from the Bottom”. For the Boi-1da-produced track, the 26-year-old rapper went back to his beloved hometown to shoot the new video helmed by co-directors Andrew Hamilton and Ram Accoumeh.

To depict the setting suggested by the song title, Drake shoots down his rap holding a lit cigarette and a coffee cup on each hand as he is backed up by his entourage. He is then shown hanging out surrounded by black lights and lots of scantily-clad women, as if he’s coming from a night of partying and club-hopping.

In his rhymes, the popular MC takes a jab on the recently revealed Hottest MCs list by MTV where he was placed among the top five rappers after No. 1 MC Kendrick Lamar, 2 Chainz, Rick Ross, and Nas. He also brushed on his feud with controversial hip-hop superstar Chris Brown, where he and his entourage got into a physical altercation that injured eight people including San Antonio Spurs player Tony Parker.

Aside from working on his own music, the Canadian recording artist took time out to join other top musical acts collaborating with “reincarnated” reggae artist Snoop Lion (Snoop Dogg) on his new album. Drake handles the rapping chores for Snoop on his latest track, the anti-violence anthem “No Guns Allowed”.