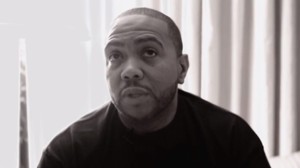 It’s official! Timbaland is working on a posthumous Michael Jackson album. According to the veteran hitmaker, the secret project promises to be the one that will complete his producing legacy.

In an exclusive Revolt TV interview, Timbo reveals that he was approached by Epic Records honcho L.A. Reid to rework MJ’s previously-unreleased material for the album.

“L.A. Reid came to my house and said, ‘I got something big I want you to do,” he recalls. “How would you feel about doing Michael Jackson’s [next project]?’ I said, ‘Of course I’d do it. It would complete my legacy.”

Timbaland believes that the first single from the album will be called ‘Chicago.’ “I think this song should be the first [single] because ‘Chicago’ sounds like today,” he attests.

The Timbo-Jackson collabo follows behind previous posthumous albums including ‘This Is It’ in 2009, and ‘Michael’ in 2010. If the project becomes a huge success, Timbaland can add his name alongside production maestros Quincy Jones and Teddy Riley, who were behind some of Michael’s biggest-selling albums.

Surprisingly, Timbaland once had a chat with the King of Pop before his untimely death in June 2009. “He was like, ‘I like your stuff, you’re good.’ I was like, ‘You’re good too,’” he recalls. “The same thing with[Notorious] B.I.G., me and him was supposed to work and then he got shot the day before my birthday.”

He wouldn’t divulge on how he updated the late singer’s lost recordings, but promises that it will be different from the usual MJ mash-ups.

So after working with some of the biggest artists in the game, both dead and alive, who’s next?

“I’ve done every one known to man,” says Tim. “The only person I would have to do next is Prince.”