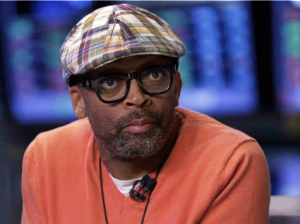 Spike Lee was so blinded by rage over George Zimmerman’s shooting of Trayvon Martin … he tweeted the address of an elderly couple, believing it was Zimmerman’s … and they claim Spike put their lives in grave danger.

David and Elaine McClain claim in a new lawsuit Lee was so filled with hate he got the wrong address and carelessly threw it up online … just days after the shooting.