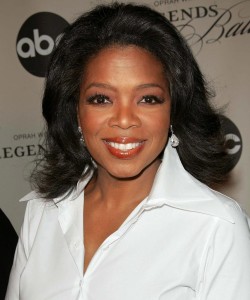 It’s a glamorous playground of the rich and famous, filled with glitterati from princes to movie stars. It’s also a land with a sometimes uneasy relationship with foreigners – especially when they aren’t white.

Billionaire media mogul Oprah Winfrey says she ran into Swiss racism when a clerk at Trois Pommes, a pricey Zurich boutique, refused to show her a black handbag, telling one of the world’s richest women that she “will not be able to afford” the $38,000 price tag. Winfrey earned $77 million in the year ending in June, according to Forbes magazine.

“She said: `No, no, no, you don’t want to see that one. You want to see this one. Because that one will cost too much; you will not be able to afford that,'” Winfrey, appearing on the U.S. television program “Entertainment Tonight,” quoted the clerk as saying. “And I said, `Well, I did really want to see that one.’ And she refused to get it.”

Swiss tourism officials and the boutique owner were quick to offer apologies on Friday.

“We are very sorry for what happened to her, of course, because we think all of our guests and clients should be treated respectfully, in a professional way,” Daniela Baer, a spokeswoman for the Swiss tourism office, told The Associated Press.

It wasn’t the first time Winfrey has taken issue with treatment at a ritzy European boutique. In 2005, she was turned away from a Hermes shop in Paris 15 minutes after closing time. The store said it was closed for a private event.

A Hermes executive appeared on Winfrey’s talk show to apologize for the “rigid and rude” behavior of the employee. Winfrey complimented Hermes on its response – including sensitivity training for employees – and urged viewers to buy the company’s products.