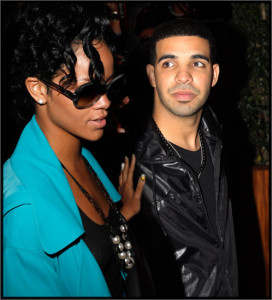 Are Rihanna and Drake back on together or is a new duet song in the work? The couple who was briefly linked after she split from Chris Brown in 2009 was spotted grabbing dinner together at Sons of Essex in New York over the weekend prior to the Sunday MTV Video Music Awards.

Unfortunately, there wasn’t any picture of the couple taken from their low key dinner. News of their sighting was spread by fellow diners on social media.

Rihanna and Drake in the House @SonsofEssexNYC by Chef, Chris Coleman @COLEMANCOOKING

so the chef tweeted of the pair.

“Why so many Drake songs in this restaurant?” (Drake walks in; followed by Rhianna). Friday night is off to a solid start…

chillin on the LES w/ @hashtagnatalie with @rihanna and @Drake a few feet away. It’s a good, good night with my big! pic.twitter.com/TC4oB6TLEy

Didn’t realize my tweet would cause such an outrage! No pics of or with @Drake & @rihanna – didn’t want to interrupt their dinner/night out!