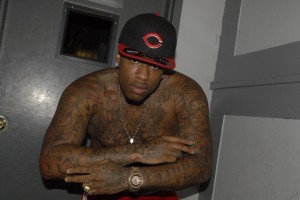 Rappers, be careful with what you post online because the feds are watching — no 2 Chainz. Thanks to Neno Best, the New York Police Department secured its biggest gun bust in the city’s history.

It all started when Neno Best, real name Matthew Best, posted Instagram photos and YouTube videos hinting that he’s selling guns at his studio in Brooklyn, N.Y. This alerted the attention of NYPD narcotic detectives and they set up an undercover sting operation at the location.

The investigation uncovered that two South Carolinia men — Walter Walker and Earl Campbell — were allegedly running a gun cartel that stretched to the Midwest and South.

According to the New York Daily News, NYPD seized 243 handguns, two shotguns and nine rifles. The full explanation of the undercover operation can be examined here.

Overall, 19 people were arrested in connection with the gun-running operation, which racked up a whopping 552-count indictment among the individuals.

This is clearly a case of when keeping it real goes wrong. But at least the city is a little safer now that these illegal guns are off the streets. 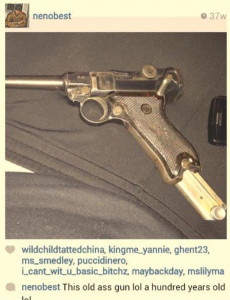 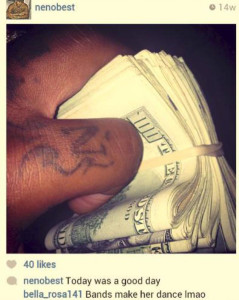