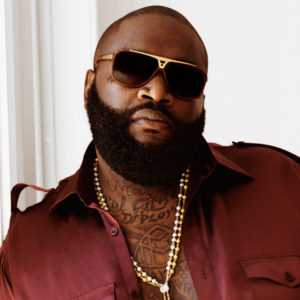 Reebok may need to address the controversial date-rape lyrics rapped by their ambassador Rick Ross. The company hasn’t said a word since the matter first rose, but now the protest is getting louder as UltraViolet, a women’s right group, launched a petition demanding the top brand to drop the rapper as their spokesmodel.

In their letter to Reebok’s President Uli Becker, Chief Marketing Officer Matt O’Toole and Corporate Communications Daniel Sarro, the group says Rebook condones rape by keeping Rozay as the face of their brand. “Your silence on this issue is unacceptable. It’s time you took a stand against rape and drop Rick Ross as a spokesman,” they state.

“Like far too many women, we are survivors of sexual assault. Every single day that Reebok continues rewarding Rick Ross with a lucrative endorsement deal, Reebok is condoning rape,” the group says. “When one in five women will be the victim of completed or attempted rape, this is dangerous and it has real-life consequences,” they additionally say.

He has offered an apology, “It was misunderstanding with a lyric, a misinterpretation where the term ‘rape’ wasn’t used. And I would never use the term ‘rape’ in my records.” He also tweeted, “Apologies to my many business partners,who would never promote violence against women. @ReebokClassics @ultraviolet.”

UltraViolet is not impressed by what the Maybach Music Group honcho said though. Co-founder Nita Chaudhary slams the MC, calling his “non-apology and inability to understand that drugging and ‘enjoying’ an unconscious woman is in fact rape is appalling.”

Despite the raging protest, fellow rappers Tyga and Meek Mill defend Rozay. Tyga says in an interview with LA Leakers, “What he said that’s just freedom of speech. It wasn’t even his record. For them to do all that off of a mixtape song that wasn’t even his is kinda like…. you just got those groups they just wanna [petition].”

“Activists and those righteous groups that’s what they do, they probably don’t even listen to Ross’ music, I know they don’t know who Rocko is! They just finding anything they can,” the Young Money artist adds.

In a separate chat, Mill says, “I don’t even care about nobody criticizing no lyrics. People rap about killing stuff all day. Biggie said, ‘Rape your kid, throw her over the bridge’ back then, it was nothing, it was just hip-hop. Now you got all these weirdos on these social sites voicing their opinion about something anybody say.”

He insists it’s not a big deal, “It’s imaginary visual. If a writer write about somebody getting raped in a movie, that mean he a rapist or he want girls to get raped? No, he just wrote about that in a movie.”

The statement, coming from him, is not really surprising as he is an MMG rhymer who is expected to defend his label boss.