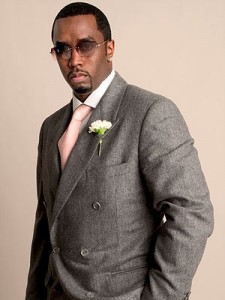 P. Diddy became the latest celebrity who fell victim to hoax 911 call. On Wednesday, April 3, five patrol cars were sent to Diddy’s house in Toluca Lake after an unidentified man reported that there was an assault involving deadly weapon in the $5-million house. The police also secured Steve Carell’s house next door.

“There was no evidence of any crime. It could have put people at risk inside that house. What if someone came out of the house abruptly and didn’t heed the officers. They might have been hurt,” an LAPD officer told New York Daily News. Police said that there were no celebrities in the house at that time. A spokesperson for Diddy’s record label in New York refused to comment on the incident.

According to the authorities, swatting epidemic causes harmful effects such as damaged property and injuries. “It takes people and money and effort and time to roll out to prospective incidents like this, and that can be taking resources away from real incidents. It’s just a huge mobilization for nothing other than satisfying someone’s whim or odd sense of humor. Any time there’s a swatting call, there’s an investigation,” LAPD spokesman Richard French said. People who made hoax calls will be charged if the police can track them down.

Other celebrities such as Justin Bieber, Clint Eastwood, Miley Cyrus and Tom Cruise became victims of swatting pranks as well. The police arrested a 12-year-old Californian boy who made faux emergency report involving Ashton Kutcher and Bieber last year. The boy made a call to 911, saying that there were some people with guns and explosive in the “Two and a Half Men” actor’s house. When SWAT team arrived, Kutcher and his assistant said that there were no such people.