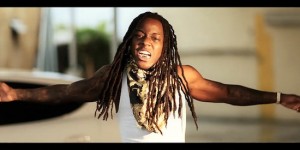 In the new dark track, Hood infuses his rhymes with personal tales backed by a hard-hitting beat courtesy of New Jersey producer Cardiak, who has previously worked with the rapper in “Trailer” from his mixtape “Starvation 2”. The former Def Jam Recordings artist also flashes a white Posche Panamera as he rides about town in the video.

For the track’s religious undertones, the clip cuts to scenes of churches and crosses. A gospel choir gives some stirring backing vocals on the hook “Have Mercy on a real n***a, ’cause I’m sinning everyday Lord.”

Prior to “Have Mercy”, Hood released the first single “Bugatti” early this year featuring Future and Rick Ross. The song debuted at No. 42 on the Hot R&B/Hip-Hop Songs chart and has since peaked to No. 39 on the Hot 100 singles chart, becoming Hood’s most successful single to date and his first top 40 hit since “Out Here Grindin’ “.