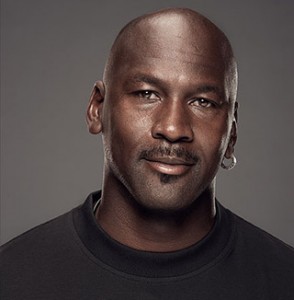 Michael Jordan, through his attorney, is speaking out and responding to the lawsuit filed by an Atlanta woman.
Jordan’s camp is asking a Georgia court to dismiss the paternity suit filed against the NBA hall of famer that claims he is the father of her 16-year-old son.
Nope, the six-time NBA champion is not having it. His lawyer, John Mayoue said in the document filed Monday in Fulton County Superior Court that Jordan is not the father of Pamela Y. Smith’s son. She is also accused of making false claims against the former NBA star.

The NBA’s Charlotte Bobcats majority owner said the paternity of the teen has already been “conclusively established” in divorce filings between Smith and her ex-husband.
Jordan, 50, released a statement to The Associated Press on Monday through his spokeswoman Estee Portnoy saying, “Public records show that the paternity of the child was established in a prior case in this same court many years ago and that Michael Jordan is not the father. He also filed a counterclaim seeking sanctions for the false claims made against him. It is unfortunate that well-known figures are the target of these kind of claims. Michael Jordan will vigorously defend himself and his reputation.”
Jordan’s response to Smith’s Feb. 6 lawsuit said her suit is a “shameless, bad faith attempt to abuse the legal system.”
Smith’s lawsuit requests Jordan take a paternity test and pay child support. She also requested the boy’s last name be changed to Jordan, and for a judge to order the Georgia Department of Vital Records to issue him a new birth certificate.
The lawsuit requests that any hearing or trial be conducted in closed court to protect the teen’s privacy.
However, Smith’s publicist acknowledged that the teen posted a video to YouTube on Dec. 25, saying Jordan is his father and that he wants him to play a larger role in his life.
“Pamela had no choice but to support her son and his desire to forge a relationship with his father,” Smith’s publicist, April Love, said in a statement Friday. “That’s why she is now speaking out and prompting Michael to do the right thing.”
Love said Smith, 48, and Jordan met in Chicago in the late 1980s.