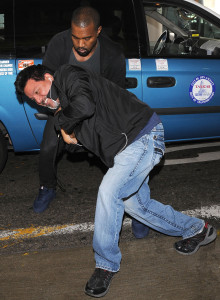 Kanye West has been charged with battery and attempted grand theft following an alleged paparazzi scuffle at LAX. City Attorney spokesman Frank Mateljan said on Friday, September 13, that the misdemeanor charges carried penalties of maximum six months in jail each. Kanye is scheduled to appear in court on October 10.

The alleged airport incident took place on July 19. In a video which was obtained by TMZ, the “Black Skinhead” rapper is seen glaring at paparazzi members who waited for him at the airport. West got mad at a paparazzo and said to him, “I told you don’t talk to me, right? What you tryna do is get me in trouble so I’ll have to pay you like $250,000.” 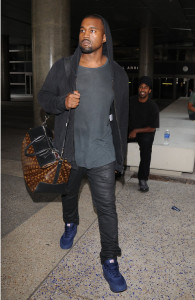 In the video, West appeared to have lunged at the paparazzo. According to Mateljan, the rapper also attempted to take the paparazzo’s camera. West was long gone when the police arrived. Paramedics were called to the scene and the videographer, Daniel Ramos, was taken to hospital.

Ramos claimed that he suffered from leg injury and wore crutches for two weeks because of West’s action. “He’s still in pain,” Ramos’ attorney Gloria Allred said in late August.

Earlier in July, West was involved in a similar incident at the same airport when a paparazzo talked to him. Holding a camera, the man congratulated West on his music. The rapper replied, “I appreciate that but don’t talk. Don’t talk to me. I don’t want to hear paparazzi talk to me or anybody I know.”