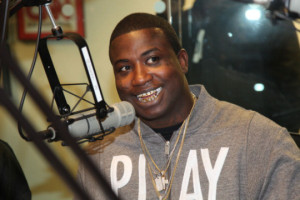 Waka Flocka is currently signed to Gucci Mane’s 1017 Brick Squad Records.  Gucci writes that anyone willing to take him up on his offer will take over the rights to Waka’s next three albums, as well as Gucci’s percentage of Waka’s “publishing mechanicals and touring.”

I will sell all rights to Waka Flocka Flame fo #ltw pic.twitter.com/GmMw5TWwmV