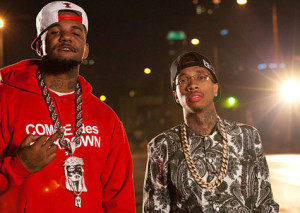 “S**t just startin 2014 a Movie ahead of tha Game we just sign some Great NY.Rappers connectin tha dots Richgang YMCMB,” he added. The Game later confirmed it, writing, “@BIRDMAN5STAR time to close the door on these n**gas !!!! R$CHGANG.”

He released his mixtape, “O.K.E. (Operation Kill Everything)”, earlier this week. The 33-year-old artist is currently working on his next album, a follow-up to 2012’s “Jesus Piece”.