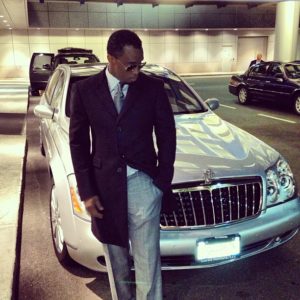 It’s definitely all about the Benjamins for Diddy. The Bad Boy mogul is hip-hop’s new cash king, according to Forbes’ annual list of top earners.

The business magazine listed the world’s highest-paid hip-hop artists of 2013 and Diddy comes in at No. 1 with a cool $50 million earned over the past 12 months. “You started learning how to count right, I see,” Diddytold Forbes earlier this year. The Bad Boy Records head raked in the dough with ventures including Ciroc and Bad Boy Records.

Other notables include Jay Z at $43 million, with stakes in D’Usse cognac and Roc Nation and newcomerKendrick Lamar at No. 14. with $9 million.

Check out the top five hip-hop earners below.