Chief Keef Has To Pay Up $230k To A Concert Promoter 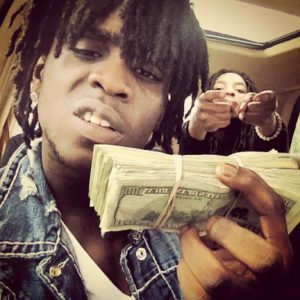 Rapper Chief Keef has to dig deep into his pockets and pay a hefty fine for ignoring a lawsuit. The Chicago artist was ordered by a judge to pay $230,000 to a concert promoter for not showing up to perform.

According to TMZ, concert promotion company Team Major sued Keef in March for dipping out of a booked London event back in December 2012.

Team Major claimed Keef’s no-show cost them over $75,000 in lost revenue, including his advance.

Incredibly, Keef never responded to the lawsuit, so the judge ruled in favor of Team Major. Then the judge tripled the judgement up to $230,000 for loss of earnings and libel damages related to Keef’s no-show.

This case adds to the legal troubles the ‘I Don’t Like’ rapper has been racking up in the last couple of months.

Not only does he have a couple of baby mamas looking for child support payments, he recently pleaded guilty for speeding on a Chicago expressway. And then he was arrested outside of the courthouse for a trespassing case.