Is There A Beef Between Drake & Future? 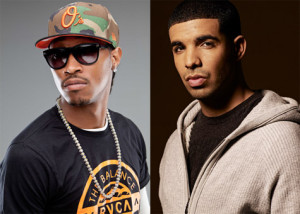 The leaves are falling as the seasons change, but one constant is a hip-hop beef.

Rapper Future is now in the throws of a beef with Drake, that has cost him a spot on Drake’s tour (plus the money that comes along with it) after he allegedly made some comments about Drake’s new album in Billboard Magazine.

Last month, Future was booked to tour with Drizzy and R&B crooner Miguel on the cross-country “Would You Like A Tour” tour, however it now looks like his name has been dropped from the bill.  Things went downhill after Future dropped by Billboard’s offices earlier this month to promote his new album Honest. The drama ensued later that day when his comments regarding Drake were posted on Twitter by the magazine’s associate editor.

Reportedly, Future said, “Drake made an album that is full of hits but it doesn’t grab you. They’re not possessive; they don’t make you feel the way I do.”

In another portion of his interview he upped the ante saying that his music was hands-down better than Drakes.

“I’ve been on the songs of all these rappers that put out an album, and my music is still better.”

Instead of starting a petty back and forth Twitter war, Drake simply kept things professional….he cut Future from the tour line-up. No word now from either camp if they will reconcile or reunite on tour, but this teaches the rest of us a valuable lesson: don’t clown the album that feeds you.