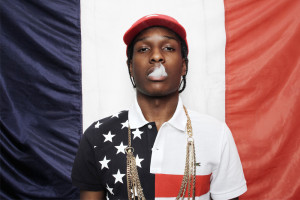 A$AP Rocky – the guy behind the hit “F**kin’ Problems” – has been slapped with an assault charge in Philadelphia after allegedly getting all Rick James on a female fan this weekend … TMZ has learned.

TMZ reports the alleged victim, a young mom, filed a criminal complaint with the District Attorney’s Office today claiming she was attending the Made In America concert on Saturday when the rapper got violent.

According to TMZ, the woman claims A$AP was trying to make his way through a crowd of dancing fans – with a bunch of girls pulling on his shirt – when A$AP turned and fired off an open-hand slap, connecting with her face.

The woman also claims she was injured from the alleged slap – suffering whiplash from the impact.

The D.A.’s office reviewed the case and has decided to charge A$AP with misdemeanor simple assault.