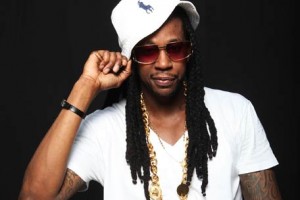 2 Chainz hasn’t dropped his new album, ‘B.O.A.T.S. II: Me Time,’ yet, but the rapper is already bracing for controversy about its lyrics.

In an interview with MTV, the rapper reveals he has a lyric about the Unabomber, which might shock fans. “I said, ‘I blew myself up like a Unabomber,’ ” he explains.

Deuce says the lyric isn’t intended to praise the man responsible for over a dozen public bombings and three deaths, but rather it’s a compliment to the rapper for blowing his career up. “My creative side is saying, ‘I blew myself up,’” he shares.

He also explains his stance on the First Amendment and exercising the right to free speech. “One end, you want to talk about the first amendment, you want to talk about freedom of speech, but on the other end, everything is so delicate, you cannot say anything. What hasn’t happened is that we all haven’t stepped up and taken a stand on, ‘We just gonna have freedom of speech,’” he states.

He continues, “Everything is so delicate, from homosexuality to these diseases that people can’t control, to where, when you’re just trying to be slightly creative and just try to use a metaphor in a different way that people can appreciate, maybe laugh about, it’s taken out of context the wrong way.”