Young Buck Returns To The Studio 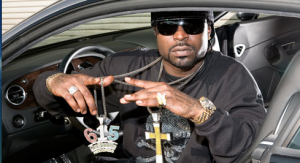 Recently, Young Buck reunited with Sha Money XL in the studio. Now, the list of collaborators continues to grow.

New footage shows Young Buck and fellow G-Unit expatriate Game together in the studio for the first time in years.

Game was featured on the alternate version of the song “Stomp” from Buck’s 2004 studio debut, Straight Outta Cashville, and the duo has collaborated on select other tracks. Each emcee had a falling out with G-Unit lead 50 Cent:

Young Buck was recently released from prison after serving an 18-month sentence on weapons charges. Buck emerged from prison debt-free after owing thousands prior to begining his prison sentence in 2012.

In addition to Game and Sha Money, Buck also received support from Tony Yayo, a one-time rival after Buck became estranged with 50 Cent.