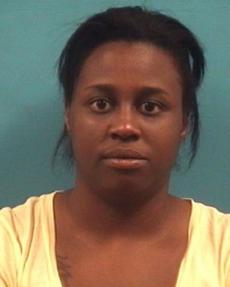 A Texas college student has learned a big “Duh!” lesson from the school of hard knocks: If you’re on the lam, don’t taunt the cops on Twitter.

According to news reports, 20-year-old Mahogany Mason-Kelly, who attends Lamar University, had outstanding traffic warrants in Pearland, south of Houston, and was feeling pretty confident about remaining a free woman.

“I still gotta warrant in pearland..those pigs will NEVER catch me!!!…NEVER!!!” she tweeted.

Is anyone besides Mason-Kelly surprised to learn that police monitor Twitter?

As Lt. Onesimo Lopez of the Pearland Police Department told ABC, officers frequently search for keywords such as “Pearland” to “keep abreast of what’s going on in town.”

“This tweet came up. The officer saw it, took a picture and printed it out and gave it to warrant officers,” Lopez said.

The bad news: Turns out she reportedly had impersonated her sister during one traffic stop, so she’s facing more serious charges in addition to the $1,877 in fines for not appearing in court for the traffic tickets, the Beaumont Enterprise says.

Mason-Kelly has posted bond on misdemeanor charges of failing to identify and tampering with a government record.

As a result of her arrest, she could be evicted from her Lamar dormitory. Twitter has already given her the boot.