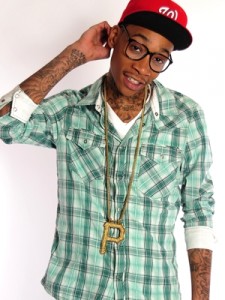 Wiz Khalifa‘s hard work has certainly paid off for him. His latest single ‘Work Hard, Play Hard‘ has been certified gold for shipping 500,000 copies in the United States.

Wizzy went on his Twitter account to thank Team Taylors (aka his fans) for their ongoing support. “‘Work Hard Play Hard’ Is Officially Gold. Thank You Taylors!!!” he tweeted.

Wiz has accomplished a lot in the past several months. He snagged his second cover for the Source magazine, nabbed a Billboard Music Award for Best New Artist. The ‘Black and Yellow’ rapper also has been on his grind preparing for the upcoming release of his second effort, ‘O.N.I.F.C.’

In addition, this summer, Wiz will team up with fellow Pittsburgh rhymer Mac Miller for their Under the Influence of Music tour. The North American trek kicks off July 26 in Cincinnati and wraps up Aug. 5 in Detroit. Indie rappers Kendrick Lamar, Chiddy Bang, Chevy Wood and Schoolboy Q are the opening acts.

Wiz promises that fans will experience a high of a lifetime with his upcoming tour. “The tour is going to be crazy,” he tells HipHop Wired. “Everybody knows how we do with our music, and I think like we all want to put on the best show possible, so I think everybody is going to get that.”