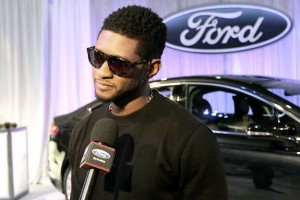 A friend of Usher‘s family is under investigation for his involvement in the jet-skit accident which has left Usher’s 11-year-old stepson, Kyle Glover, brain dead. MTV News was able to obtain the incident report from the Georgia Department of Natural Resources, and police have identified Jeffrey S. Hubbard as the person riding the jet ski.

According to the report, Hubbard was operating the water vehicle in Atlanta’s Lake Lanier when he struck Glover and a 15-year-old girl who were both riding on inner tubes. “Basically, a pontoon was pulling two juveniles on an inner tube, and the watercraft ran over the top of them,” Sgt. Mike Burgamy with the DNR told the New York Daily News.

Both of the teens were flown to Children’s Healthcare of Atlanta at Egleston. Glover sustained severe head injuries and is now declared brain dead, while the female victim suffered a cut on the head and a broken arm.

Alcohol was reportedly not involved and no criminal charges have been filed as of yet. Authorities are waiting for Glover’s medical outcome before they pursue charges. “It depends on the male’s condition. With certain things we have to wait and see,” explained Sgt. Burgamy. “Once we gather all our info, we’ll talk to the District Attorney and discuss it with them to decide what action to take.”

Glover is the son of Tameka Foster and reportedly was close to Usher who has two younger sons with Foster, his ex-wife. Radar Online reports that Foster went on her Facebook page urging her followers to send prayers and well-wishes to Glover. “Kyle, You are strong.. You’ll be saved I know it. I love you my baby. I need all #Prayers for my son! thanks you everybody!” she wrote.