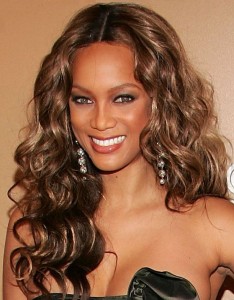 Tyra Banks is not one to play with.

The former super model and media mogul is suing several wig companies for some serious cash after they used her name and image without permission.

According to reports, the model just filed a hefty lawsuit against 10 companies that used her name to help sell hair. She’s suing for $10 million in damages and demanding they stop stealing her ”name, photograph, image, and identity.”

The high-priced hair bares Tyra’s name and likeness in more than one instance and now she’s ready to fight for what’s hers. Aside from the huge payout, she’s also demanding the companies stop hawking hair with her name on it with an injunction.

Just to prove her point, she attached 11 pages of credits from IMDB as evidence to how much her trademark is worth.