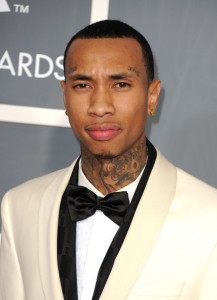 Tyga is set to hit the road this fall on his Closer to My Dreams tour. The Young Money rapper is embarking on his 15-city trek in support of what could be an impending new release — a newborn baby! That’s right folks, it looks like Tyga is going to be daddy. 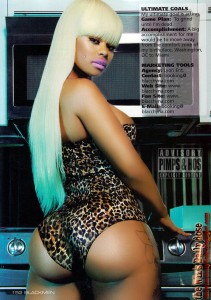 Although he hasn’t officially announced that he is going to be a father, his boo, Black Chyna, was photographed with a huge baby bump while having fun at Six Flags theme park. Most recently, Chyna posted on her blog a headshot of herself (with her pierced-diamond dimples) and wrote, “It is true … blonde’s have more fun.” O_o

But back to Tyga’s North American tour — the jaunt will kick off Sept. 4 in Los Angeles and hit major cities like Houston, Minneapolis, Chicago, Detroit, New York and Philadelphia before wrapping it up in Boston on Sept. 23.

Tyga also enlisted an impressive group of opening acts for tour. Among them is (I STILL don’t understand why she has this big buzz) rapstress Iggy Azalea,  Kirko Bangz and Epic Records artist Ca$h Out.