TONI BRAXTON GETS REAL ABOUT HER FINANCES ON ’20/20′ 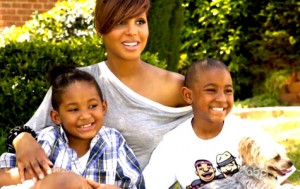 According to Essence, “Many people are familiar with Toni Braxton’s financial woes and although she’s told her side of the story time and time again, questions still remain. The singer recently sat down for an intimate interview on ABC’s 20/20 to chat about what really happened during her first and second bankruptcy.

At the height of her career in the 90’s, Braxton says she generated $170 million in album sales but only took home a mere $1,972. If you’re wondering how that could be possible, Braxton explains.

“What happens is they will give you an advance million on the next record and the next record so you kind of stay in debt in a sense,” said Braxton about her record label. This spiral is what she says led to her first bankruptcy in 1998.

Not only was Braxton taking home small paychecks, but she was also dropping big bucks on an obsessive home decor habit.

“I love dishes and house things so I kind of lost it a little bit on the house ware. One-thousand thread-count sheets, that’s what I indulged in,” admits Braxton.”