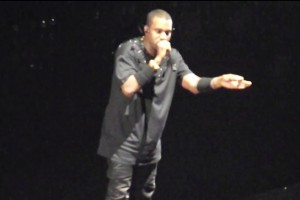 KANYE GRABS THE MIC AT A TRAVIS SCOTT CONCERT

Kanye West‘s ‘Yeezus’ was notable for a number of reasons: its marketing strategy, its unorthodox production style and its lack of an album cover, among other things. Another interesting aspect was its list of collaborators. There wasn’t just industry heavyweights; West showed love to the newcomers too, with the inclusion of  Chief Keef,  King […]