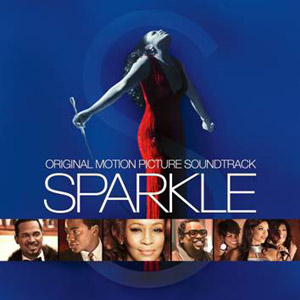 The soundtrack will feature 11 songs, including recorded performances by Houston, who died on February 11. The late singer appears with Jordin Sparks on ‘Celebrate,’ the feel-good produced by R. Kelly, and offers a memorable take on the gospel classic ‘His Eye Is on the Sparrow.’

Sparks has seven tracks on the album, and Cee Lo Green, who has a role in the film, contributes ‘I’m a Man’ to the sequence.

‘Sparkle’ is a remake of the 1976 classic inspired by the Supremes. The movie was directed by Salim Akil, and also stars Carmen Ejogo, Mike Epps and Omari Hardwick. The soundtrack arrives on July 31, and the film opens in theaters nationwide on Aug. 17.