RAPPER AP.9 IS LOVING THE ATTENTION FROM THE COCO PICS 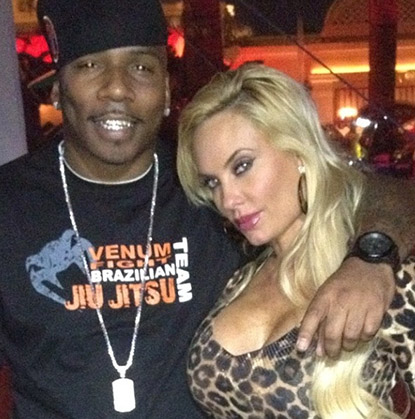 This guy goes from being unknown to the talk of the Hip Hop industry all because of a few pictures….NOT HIS MUSIC! You’d think that would bother most rappers but this guy is so desperate for attention that he’s probably gonna milk this for everything he can get.

Of course, T already blasted his wife on Twitter after pics surfaced featuring Coco and AP.9 gettin’ all kissy kissy during a night out in Vegas. T said the pics were “disrespectful and in bad taste.”

Coco said the pics were harmless … and stated that she’s “happily married.”

But this weekend, AP.9 was shamelessly trying to breathe life back into the story … because when he was asked about the rumors he was still bangin’ Coco, the rapper looked into the camera like he LOVED the attention and said, “That’s a RUMOR? Is that a rumor?”