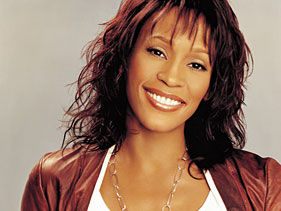 Whitney Houston was murdered and new evidence – caught on video – proves it, says a top Hollywood private investigator who is turning all of his material over to the FBI, according to a new report.

Paul Huebl also says the superstar singer’s killers are caught on tape. “I have evidence that points to Whitney being a victim of a high powered drug dealers who sent thugs to collect a huge debt she owed for drugs,” Huebl says in the new issue of the National Enquirer, which broke the story.

Using a network of drug informants and taking another look at the coroner’s report, the PI has pieced together evidence that he’s turning over to the Chicago field office of the FBI, hoping a fresh look from the outside will bring the truth to light.

Huebl points to two unknown men who kept showing up at the Beverly Hills Hilton, where Houston was staying, and blending in with her group of hangers on.
The day before her death Whitney received a cocaine delivery but was later heard to say, “I’m tired of this sh*t.” The PI says she was referring to being tired of harassed to pay her drug debt, which had reached $1.5 million.
On the day she died, Whitney was left alone in her hotel room for 45 minutes and that’s when one or both of the killers slipped into her room and were captured on surveillance video.