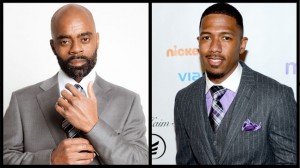 “According to the former drug kingpin, Cannon has signed on to portray him in an upcoming biopic. “It’s time to tell the Story of Cocaine, Contras and America. This is the story of the real Scarface!” Freeway posted on his Facebook page.
“I’ve been wanting him to play my role since ’96. We got hooked up, I met him I love his personality, know what I’m saying?” said Freeway in a YouTube clip.
“We family now, we are going to get this thing right. However long it takes, his story has got to be told,” Cannon added.”

The California contraband conspirator has been engaged in a longtime battle with rapper William Roberts over the rights to use “Rick Ross” as a stage name. The case has been since dismissed by a judge in the Los Angeles superior court, with a new trial having been set for August 27, 2013.