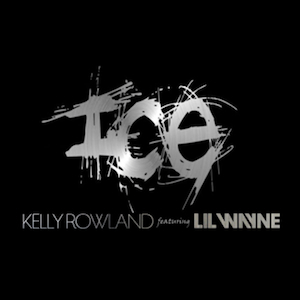 If you are looking for the perfect cool down then check out Kelly Rowland‘s new tune called ‘Ice.’ The song reunites her with Lil Wayne who helped turn ‘Motivation’ into a chart-topping smash in 2011. Can lightening strike twice for her?

Although not confirmed, the song is rumored to be the first single from Rowland’s fourth as-yet-untitled album. The melodic ballad was written by Sean “the Pen” Garrett and features a thunderous beat, finger snaps and light synths riffs.

On the song, Rowland instructs her male lover on how to properly use an ice cube on her naked body. “When you come and lay between it this time / Take the ice cube (boy you know what) / Sit it right below my navel and watch what I do / And that’s my favorite angle / My legs are numb now / Your lovin’ be givin’ me chills,” she coos.

Weezy F. Baby obliges K.Row with a few double-entrendres in his sexualized verse that might raise some eyebrows over at PETA(joking). He raps, “Uh, ice, ice baby / Shake that a — just like dice baby / You hot and I’m Tunechi / I beat the cat, animal cruelty.”

Only time will tell if ‘Ice’ will catch on and give Rowland another No. 1 hit, but it does have potential. So far, it looks like the fans are loving the chilled-out track.

Well, I guess you’ve heard #ICE… Thank you for the love and support. I’m sorry I kept yall waiting but I’m happy you love it the way I do!