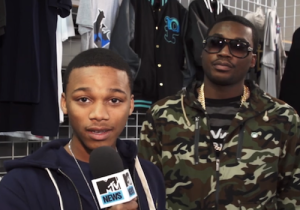 Rick Ross’ Maybach Music Group is giving a shout out to the late rapper Lil Snupe.

A protégé of MMG rapper Meek Mill, Lil Snupe was murdered in June. Ross and MMG are paying homage to the late up-and-coming rapper on their forthcoming compilation album, Self Made Volume 3.

Set to hit stores on September 17th, the album features an intro track titled “Lil Snupe Intro.”  The late rapper isn’t featured on the rest of the album but his mentor, Meek Mill, has a strong showing.

Among the other MMG artists with appearances on the 16-track record are Rick Ross, Wale, French Montana and Gunplay.  Artists such as Fabolous and Lupe Fiasco also contributed to the album.