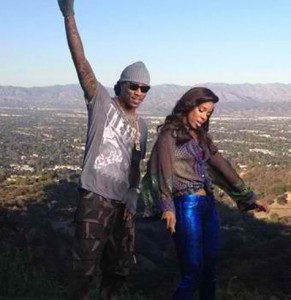 The Atlanta-based rapper included the 31-year-old singer on the remix of his song, which is featured on his new re-release ‘Pluto 3D.’ Future and Rowland just released a music video for their track, which shows the two artists separately longing for each other. By the end, though, they are reunited for the chorus of the song.

‘Pluto 3D,’ the repackaging of Future’s debut album, was released on Nov. 27 and includes three new songs and two remixes. He is expected to release a mixtape called ‘Super Future’ some time in the near, well, future, and will drop his sophomore album next year.