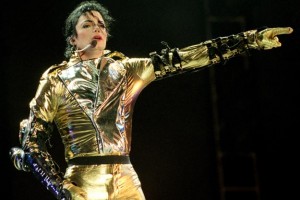 Michael Jackson‘s family is making the blockbuster claim that the late King of Pop’s will was faked by John Branca and John McClain, the executors of his estate. The family is asking the men to resign from their posts immediately.

Celebuzz obtained a copy of the five-page letter, where Jackson’s siblings Janet, Rebbie, Tito, Randy and Jermaine Jackson wrote: “At the time we couldn’t possibly fathom what is so obvious to us now: that the Will, without question, it’s Fake, Flawed and Fraudulent.” They sound pretty convinced that it’s a forged document.

The singer’s brothers and sisters also accuse the executors of failing to perform their responsibilities in a proper fashion. They stated: ”Since the passing of Michael, our beloved brother, you have failed to perform your duties as executors of his estate, but what you have not failed at is taking advantage of a grieving mother, father and a grieving family.”

Yikes! The sibs also claim that Jackson never signed the document they are calling in to question, either, writing:  “The Will that you presented did not have our brother’s signature on it, nor did it have a signature page attached to it. When asked about the missing signature page, John Branca replied, ‘it was on its way, and you were having just a little problem finding it.’ Amongst many other inconsistencies in the Will, there is also a conflict around Michael’s location on the day he supposedly signed the Will, July 7, 2002. We have evidence that undoubtedly supports and proves that Michael was absolutely not in Los Angeles, California, on the date of his signature reflected in the Will at-hand.”

And that’s not all. The siblings – notice sister LaToya is not referenced, by the way — claim that Jackson hated both Branca and McClain. They wrote: ”Our brother told us, in no uncertain terms and without hesitation in the months prior to his death, that he despised both of you and that he did not want either of you to have anything to do with his life or estate for that matter.”

Hmm, this is getting tricky. If Jackson hated the men, why didn’t he remove them from their posts as executors? There might be some underlying reason that has yet to rear its head.

For their part, Branca and McClain have responded to these massive claims left at their doorstep. They pretty much dismiss the King of Pop’s relatives as angry over the fact that they were left out of his will and are resorting to blaming them for his actions. They are chalking it up to false accusations.

Their statement is as follows:

We are saddened that false and defamatory accusations grounded in stale Internet conspiracy theories are now being made by certain members of Michael’s family whom he chose to leave out of his will.

We are especially disheartened that they come at a time when remarkable progress has been made to secure the financial future of his children by turning around the Estate’s finances as well as during a time when so many of Michael’s fans, old and new, are enjoying his artistry through exciting new projects.

The validity of Jackson’s will was challenged in court two years ago and the assertions that it was a fake were dismissed, as the executor’s lawyer so astutely pointed out.

Whatever the case, the Jackson siblings are infuriated by the executors. Perhaps that stems from the fact that the executors are receiving some sort of substantial cut of the late singer’s fortune? We’ll keep you posted as more details about this mess emerge.