MAN WHO WAS “HIGH ON JESUS” EXPOSES HIMSELF TO STUDENTS 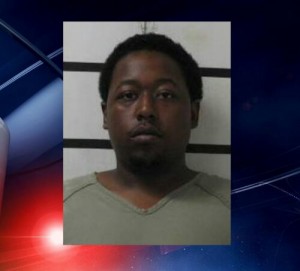 Now we’ve all heard terms like “high off life” or yes, even “high off Jesus” but usually those phrases mean we are on a good walk or path in our lives and are striving for better.

Not so much for Ronald Ray Fletcher. The man, 27, is charged with indecent exposure after he stripped off his clothes in front of Austin High School (in Alabama) Monday afternoon and claimed to be “high on Jesus.”Fletcher first walked inside the school and tried to check a student out of class. When his request was denied and he was asked to leave, the man drove his car onto the school’s grass and began stripping. Police say he began waving at students through the window.

School officials said Fletcher also urinated on a car and asked for the same student he had tried to check out earlier before the school resource officer took him into custody. Principal Don Snow told the Decatur Daily he asked Fletcher if he was high, and Fletcher responded with “I’m high on Jesus.”