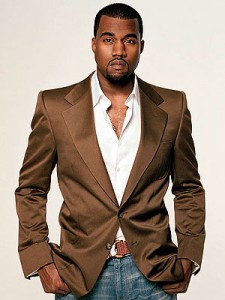 It looks like Kanye West is headed to Jay Z‘s old stomping grounds. It was just announced today (Aug. 5) that Yeezy will perform at the 2013 MTV Video Music Awards, which takes place at the Barclays Center in Brooklyn, N.Y. this month.

The first time the hip-hopper rocked the mic at the VMAs was in 2004, when he performed a medley of ‘Jesus Walks / All Falls Down / Through the Wire.’

The last time he graced the VMA stage was in 2011 for ‘Otis’ with his ‘Watch the Throne’ partner Jay Z.

Justin Timberlake and Macklemore & Ryan Lewis both lead this year’s MTV VMAs with six nominations each, including the coveted Video of the Year nod for ‘Mirrors’ and ‘Thrift Shop,’ respectively. Whoever wins the award will be presented with a special edition Moonman designed by Brooklyn-based artist KAWS.

The MTV Video Music Awards will air live from the Barclays Center on Aug. 25 at 8PM ET.