JAY-Z WILL SELL HIS 0.067 PERCENT OF THE BROOKLYN NETS 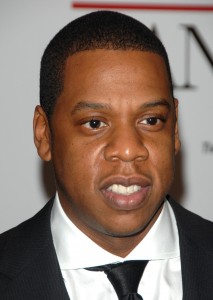 Jay-Z allegedly will drop his minority ownership in Brooklyn Nets in order to become a certified NBA agent. The rapper, who owns .067 percent of the club’s stakes, apparently will dissolve his ownership in time for the 2013 NBA Draft, which takes place in June.

NBA rules prohibit everyone affiliated with agency to own stakes at an NBA team. Sources said that Jay-Z would complete the process by the time its agency competes for players entering the June NBA draft.

Nets interim coach P.J. Carlesimo said, “It would be disappointing [if he left]. I’d be disappointed. He had an enormous amount to do with the rebranding of the team. I wasn’t close to it at all, but from what I’ve seen, it would be hard to overstate his importance in this all. I like his involvement in the team; he’s at the games, and maybe he’s around more than I realize behind the scenes. But he’s an excellent fan, one that wasn’t just around this year, but a lot in the past too, which is very telling to me.”

The rapper, who was seen hanging out in both professional and college basketball events, is said to sign a deal with another player, Victor Cruz of New York Giants. Jay-Z’s agency Roc Nation works together with Creative Artist Agency (CAA) and already has New York Yankees’ second baseman Robinson Cano as its first client.