JAY-Z APPOINTED DIRECTOR OF THE BARCLAYS ARENA IN BROOKLYN 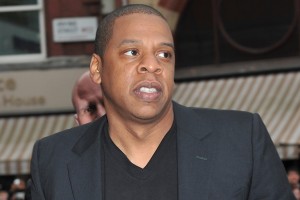 Jay-Z can add one more job title to his resume. The rap executive was hired as the Director of the Barclays Arena in Brooklyn, N.Y., according to the New York Post. The new position appeared in documents filed by arena owners, including Jay-Z, in hopes to secure a liquor license.

The new job title will put Hov in a larger role with the Brooklyn Nets basketball franchise than just a figurehead. Jigga will attend board meetings and oversee the daily operations of the Barclays Center.

So far, Jay-Z has been hands-on with helping with the design of the team’s “classic” logo, basketball jerseys and the arena’s luxury suites called “The Vault.”

According to NYPost, arena officials are planning to extend the drinking hours at the stadium for their VIPs. Those who spend big money for those luxury suites can still imbibe as late as 2AM in the morning after games. This is explains why the developers need the liquor permit.

Jay-Z’s new appointment will certainly stick in the craw of New York Post sports columnist Phil Mushnick who has been a harsh critic of the rapper’s role with the Brooklyn Nets. His racist and inflammatory column last month drew ire from readers and other sports writers, alike.

Nevertheless, Jay-Z has big plans for the Barclays Arena in the fall. The Throne rapper will headline eight shows to officially open the stadium, which is scheduled for Sept. 28, according to developers.