Guerilla Black Sentenced To Over 9 Years 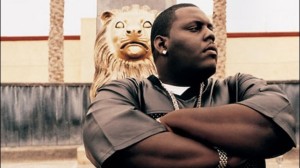 Earlier this summer, Guerilla Black plead guilty to theft and fraud charges. The rapper, known for his physical and vocal likeness to The Notorious B.I.G., was involved in a scheme that involved him stealing over 27,000 credit card numbers from a Maryland hacker, who had acquired them from a few Seattle businesses.
Black, whose real name is Charles Tony Williamson was sentenced to 110 months in prison (just over 9 years) on Friday. He will be supervised for 5 years following his release.
As serious as the consequences are for the L.A. rapper, they pale in comparison to the 30 years he could have possibly served.