Google Wants to Own ‘Love’ 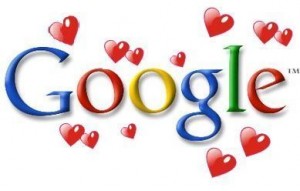 Being one of the most successful companies on the planet ever has got to be tough sometimes. That’s a lot of responsibly to carry around. All Google really wants is some “love.” Well, actually, the company wants to own the .love domain extension, and it has made its intentions known. All other would-be .love suitors need to beware. This is a battle for “love,” after all, and no one likes to lose in love.

The Internet Corp for Assigned Names and Numbers (Icann) has announced that the domain extension .love now numbers among almost 2,000 requests filed for new domain names. You might think love would be enough, but Google has spent more than $18 million dollars trying to lock down other extension names as well, like .google (should be obvious), .plus and .youtube.

Of course, “love” usually incites a lot of competition, regardless of the form. Amazon, Microsoft and other top companies have also applied for various extensions, including .game, .map, .music, .shop, .store and others.

In order to dissuade silly applications, Icann has set the financial bar pretty high for new domain extension names. Contenders have to shell out an impressive $185,000 for each name they put forward. Despite the hefty price, some names have more than one applicant vying for the extension rights. Google will have to fend off six other competitors if they hope to claim .love.