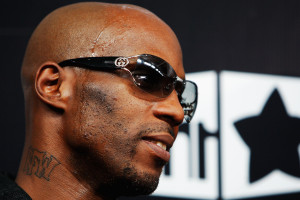 Rapper DMX‘s career is currently in the dog days. The embattled rhymer filed for Chapter 11 bankruptcy just days after his arrest for DUI in South Carolina.

The Wall Street Journal reports that X filed documents in Manhattan bankruptcy court Monday (July 29), listing less than $50,000 in assets and $10 million in debt. His biggest expenses are his children, which he owes about $1.24 million in child support. His principal asset is a 50 percent stake in property in Mount Kisco, N.Y.

DMX’s PR rep, Domenick Nati, issued a statement regarding his client filing for bankruptcy, which reads:

DMX’s financial strains have been inhibiting his career for several years. Poor financial management by prior representation have caused him to be ineligible to retain a passport. The purpose of this bankruptcy filing is for reorganization so he can perform for his fans oversees [sic]. We are currently planning a tour in Europe and Africa for the fall of 2013.

Since DMX owes a large amount in child support, the ‘Party Up’ rapper has been unable to secure a passport. According to the U.S. Department of State, you can’t get a passport if you owe $2,500 or more in child support.

Hopefully, this bankruptcy filing will help get DMX back on his feet.

It’s been a rough week for X so far. He was arrested last week for DUI in South Carolina, however, he was never charged because he passed a breath test in jail and was quickly released after posting $1,235 in bail.