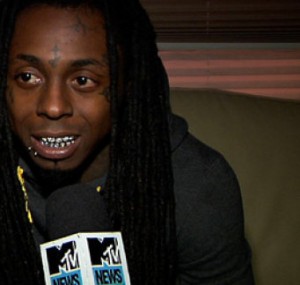 Lil Wayne scared fans when he suffered two seizures in one day, but there’s good news: He’s being treated for the condition to prevent anything from happening again.

Duing a sitdown with MTV, Weezy explained that the room was hot because the air conditioning unit was too loud to use on camera — and that if he seemed “off,” it wasn’t because of any illicit substances. ”Please let them know that I have an air unit, but because of the sound, they don’t want the air on, so it’s super hot in here,” he said. He quickly added, “I don’t want y’all to think I’m on nothing, man. I’m on seizure medicine, man, that’s all.”

Tunechi’s fans weren’t the only ones concerned for his well being. His Young Money crew have since gone out of their way to take care of him. Nicki Minaj explained, ”Everybody that’s around him is taking care of him. Wayne has so many people around him that truly, genuinely love him. I’m not worried at all. Even him being on the plane, thank God that there was somebody there right away that was able to help him,” she said. “I’m just thankful that he was OK.”

A few of those people are Wayne’s docs, who have given him pretty strict orders following the incidents, which Weezy’s camp blamed on dehydration and a severe migraine. “They said I gotta drink four water bottles a day, that’s what the doctors say,” Wayne said incredulously. “I just came from the doctor. I ain’t drinking four water bottles, but everything’s good.”