CHRIS BROWN ORDERED BACK TO COURT OVER BATTERY CHARGES 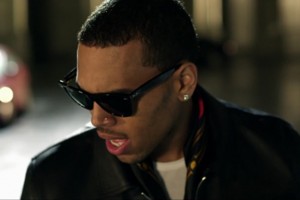 There’s some more legal drama for Chris Brown. During a routine probation progress report over the singer’s battery conviction for assaulting former girlfriend Rihanna (or secret and current GF, if you believe the gossip), the judge decided that Breezy needs to report in person next month to go over some of the details of his community service.

At today’s (July 11) hearing (which Breezy was not required to attend), Judge Patricia Schnegg voiced concerns about a discrepancy, reported by the prosecutor, in the amount of hours that the singer completed as part of his required community service labor, according to RadarOnline.

Detailed logs of Brown’s service, which includes graffiti removal, roadside cleanup and other assorted manual labor, were not provided as of late. Logs of his work had been provided previously.

As a result, Schnegg now wants a face-to-face with Brown. She also wants to know where Brown resides, since he owns a home in Los Angeles but has been completing his service in his native Virginia. An audit of his hours was requested in order to determine accuracy and how much work he has actually done. The judge did say Brown had completed a significant number of hours, but would not detail how many. It had been reported that Breezy completed about half of his requirement.

Brown, 23, is ordered to appear on Aug. 21. His lawyer did not object to the audit. His probation, set for five years, has been reviewed favorably in the past. He requested termination of probation back in February, but was denied, with the judge asking him to complete more community service.

It is said that this in-person appearance request has nothing to do with his bottle battle with Drake last month. If the Cali judges were THIS hard on Lindsay Lohan, maybe she’d stay out of trouble. Just sayin’